This is my second entry in the Game of Quilts Challenge. This time using the “Mother of Dragons” colourway. 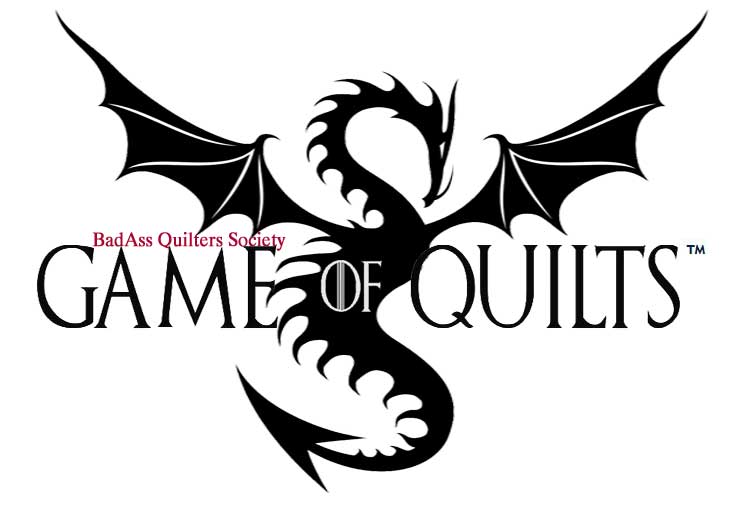 I decided I wanted to make a memory quilt for some of the fantastic characters who have met their makers on the Game of Thrones TV show.

Fair warning – there are MAJOR spoilers below for the end of season 5.

Seriously, if you scroll below eye rolling Cersei, you will be spoiled. I don’t want to hear any complaints.

I made signature blocks using my Low Waste Signature Block tutorial. Each one has the name of a GoT character who is no longer with us – although some are still under speculation.

I tried to generally group them so there was some relation to the departed nearby. So many Night’s Watchmen… In the centre, I quilted in a spokes – referencing Dany’s “Break the Wheel” speech from season 5.

Around the centre, I’ve quilted in various phrases and house names:

Both this quilt and my A Song of Ice and Fire quilt will be traveling to the USA for inclusion in the AQS Chattanooga show in September 2015.

2 thoughts on “Spoiler Alert! A Game of Thrones Memorial Quilt”